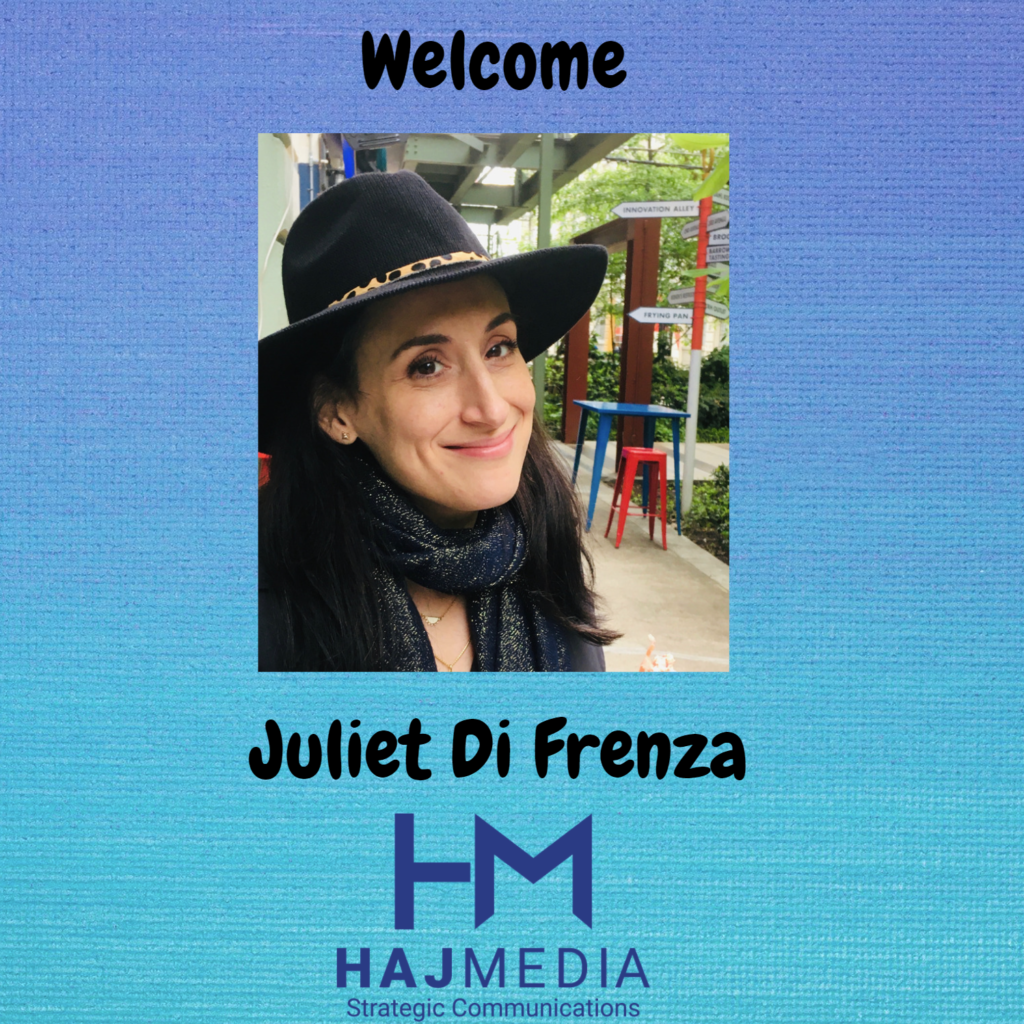 Iconic for so many reasons, New York has given us Central Park, pizza, the Brooklyn Bridge and now our fabulous newest Haj Media team member – Juliet Di Frenza.

A native New Yorker, Juliet joins Haj Media as our newest Communications Coordinator. A fundraising and media relations professional, Juliet has developed a broad skill set in communications, sales and client management throughout the last 20 years. Starting in the nonprofit sector with The New York Public Interest Research Group, she has also fundraised for Carnegie Hall and Lincoln Center music programs.

Several years ago, Juliet transitioned into Big Law media relations, working directly with firms including Baker Botts, Morrison & Foerster, Milbank and Venable LLP, among others. After leaving agency life she became an independent communications consultant taking on a variety of projects including publicity for a young climate activist, who attained international prominence overnight when she landed on the front page of the Washington Post; the media strategy for the launch of an augmented reality app and securing post-production funding for a documentary that went on to screen at Lincoln Center and in film festivals nationwide.

Juliet has a passion for volunteering, with efforts ranging from environmental causes to mitigating food insecurity and other local issues that impact fellow New Yorkers.

Juliet has a double major in Cultural Anthropology and Women’s Studies from Stony Brook University, The State University of New York, and thoroughly enjoyed her study abroad experience in Bangalore, India, during her senior year. When not working she enjoys the beach, art galleries and sampling from the many diverse restaurants New York has to offer.

We are so happy to have Juliet and the Big Apple as part of Haj Media and hope you will join us in extending her a warm welcome.